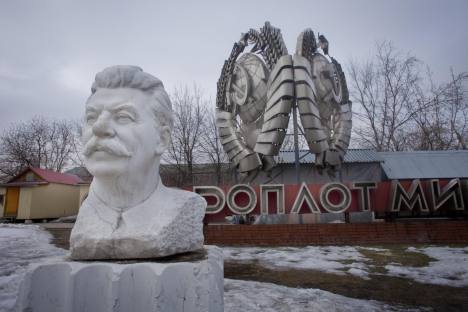 “If the intellectuals in the plays of Chekhov… had been told that in forty years interrogation by torture would be practiced in Russia;

that prisoners would have their skulls squeezed within iron rings;

that a human being would be lowered into an acid bath;

that they would be trussed up naked to be bitten by ants and bedbugs;

that a man’s genitals would be slowly crushed beneath the toe of a jackboot;

and that, in the luckiest possible circumstances, prisoners would be tortured by being kept from sleeping for a week, by thirst, and by being beaten to a bloody pulp, not one of Chekhov’s plays would have gotten to its end because all the heroes would have gone off to insane asylums.

Yes, not only Chekhov’s heroes, but what normal Russian at the beginning of the century … could have believed, would have tolerated, such a slander against the bright future? …In a society based on Socialist principles, and at a time when airplanes were flying and the radio and talking films had already appeared – not by one scoundrel alone in one secret place only, but by tens of thousands of specially trained human beasts standing over millions of defenseless victims.

Is it not still more dreadful that we are now being told, thirty years later, “Don’t talk about it!”? If we start to recall the suffering of millions, we are told it will distort the historical perspective! If we doggedly seek out the essence of our morality, we are told it will darken our material progress! Let’s think rather about the blast furnaces, the rolling mills that were built, the canals that were dug…

no, better not talk about the canals…

Then maybe about the gold of Kolyma?

No, maybe we ought not to talk about that either…

Well, we can talk about anything… so long as we glorify it…

Follow Assorted Musings from an Unknown Historian on WordPress.com